Earlier this year, BCAW revamped its member awards program, creating the BCAW Award of Excellence.  The association honors bowling center owners, proprietors, managers and others who have contributed to bowling in Wisconsin in a significant way over time.  On Monday, December 5, 2016 we celebrated this year’s three honorees who are great examples of what this award is all about. 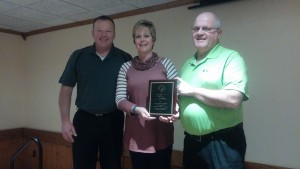 Peggy & Dan Henke are the owners of Dan’s Village Bowl in Brownsville and the co-owners of Dan’s King Pin Family Fun Center in Mayville.  Somehow Peggy finds the time to work the bowling center while also holding down a full-time job as a school teacher!   As a small eight lane center, they run double shifts of leagues every day of the week, including seniors, men, women and youth.  As a matter of fact, according to the USBC, for the 2015-16 bowling season, Dan’s Village Bowl had the second largest USBC youth program on a per lane basis, in the state!

Peggy & Dan are very active in their local BCAW District 6, including the High School and Middle School Bowling Clubs.  Dan has been serving as the District 6 President for a number of years and previously was on the BCAW Board of Directors. 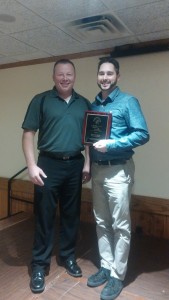 Erik Gialdella of Revs Bowl, Bar & Grill in Oshkosh has brought new life and passion to the former Oshkosh Lanes through his enthusiasm and drive to provide his guests with the best experience possible.  The former manager of Bardon Bowling Centers’ Super Bowl in Appleton, Erik has been responsible for promoting the game for bowlers of all ages for more than 15 years.  He has successfully filled open gaps in the league schedule of his 36 lane house and hosts a number of tournaments for adults and youth.

Always willing to share his knowledge and experience, he has served as a mentor to others.  Currently he is on the BCAW Board of Directors in the position of Vice President and serves on the BPAA Education Committee.  Earlier this year, Erik was honored as one of BPAA’s Top 40 Under 40 in the bowling industry. 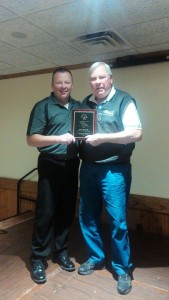 Ralph Krueger of Krueger’s Entertainment Center in Menomonee Falls.  The Krueger name is synonymous with bowling in the Milwaukee Area for 60 years!  Ralph is a second generation proprietor who has done the hand off to the next generation.  And while he’s not involved in the day-to-day operation of their family’s 12 lane center, Ralph continues to promote bowling and support the BCAW.  It’s hard to call Ralph retired, as he is still very active with the Bowlers Ed Program, formerly known as In-School Bowling.  He works tirelessly for the proprietors of Metro Milwaukee, delivering bowling kits to schools for use as part of their educational curriculum.

Many of today’s younger proprietors look up to Ralph, recalling their years as kids attending BCAW events with their parents.  He has been a friend and mentor to many in this sport.  He was inducted into the Milwaukee Bowling Association’s Hall of Fame in 1999.  As a BCAW Past President in 1989-1991, he has also received awards from this association including the President’s Award in 2000 and Outstanding Service Award in 2008.

We encourage you to consider nominating someone you feel has contributed to bowling in Wisconsin in a lasting and significant way.  The nomination form is available HERE.  Completed submissions are due to the BCAW Office no later than October 31, 2017.