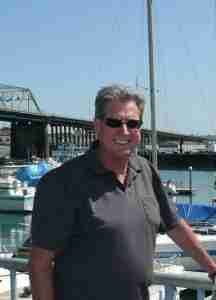 Earlier this week Bowling Centers Association of Wisconsin (BCAW) learned longtime BCAW member Kurt Brose has sold Sabre Lanes in Menasha.  The center was built in 1964 with just 16 lanes, but over time lanes were added, bringing it to the 48 lanes when Brose bought the center in 1984.  The new owners are Dan Patterson & Marcus Wise.

A second generation proprietor, Brose is a BCAW Past President (1987-1989).  The Janesville resident was instrumental as President of the Bowling Proprietors’ Association of America (BPAA) serving a two year term (1994-1996), as the bowling industry began discussions focused on “industry renewal” and creating synergistic relationships with BPAA and the membership groups (ABC, WIBC and YABA) located in Greendale.  In October 1995 Brose addressed an industry conference held in conjunction with ABC & WIBC in Milwaukee.  There Brose stated, “This is a $4.7 billion industry and it cannot go on without the involvement of all three integers.  We are all committed to turning this industry around.”  Brose’ leadership was significant in bringing about the initial formation of Bowling, Inc. and a decade later, the United States Bowling Congress (USBC). 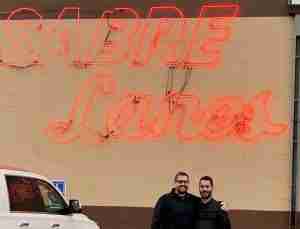 Patterson & Wise are relatively newcomers to the bowling landscape here in Wisconsin.  Originally from Arizona, Patterson arrived in Milwaukee from Western New York as AMF Bowlero was regrouping after the departure of key center management in the Milwaukee area market a few years ago.  Patterson is an accomplished bowler, having won the 2006 U.S. Amateur Bowling Championship and represented our country on Team USA (2005-2007).  In 2011 he was elected to serve on the USBC Board of Directors as an athletes’ representative, a position he held until 2018.

While serving as the General Manager at Bowlero Wauwatosa, Patterson has been an active member of BCAW.  He was the host proprietor of two of BCAW’s largest tournaments . . .  the Wisconsin High School Bowling State Championships in 2017 and before that the Wisconsin State Pepsi USBC Tournament in 2016.  We look forward to working with Dan, Marcus and their team at Sabre Lanes at future BCAW events.  Congratulations to you both!

BCAW wishes the best to Kurt Brose as he moves on beyond the all encompassing business of center ownership.  With the sale of his flagship center Black Bridge Bowl back in July 2016, Kurt began to realize it was time to move on.  He tells us he is looking forward to enjoying life, as he turns over the reins to the next generation.  Recognizing the need to innovate while responding to the ever changing demands in the entertainment industry, Brose believes the future of Sabre Lanes is in great hands.  We thank him for his decades of leadership with not only BPAA/BCAW but also the Young American Bowling Alliance (YABA) dating back to the early 1980’s.