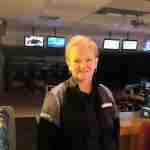 In our 12 lanes and fewer category Sherry Kielblock epitomizes what it takes to be a successful small family business owner.   Sherry and her late husband Charlie Kielblock started Silver Lake Lanes in Scandinavia from nothing and turned it into a community center for the locals and people even hundreds of miles away.  A few years back, sadly Charlie passed away. Since then, Sherry has continued the tradition of running the center. From bowling leagues, banquet hall, restaurant, and the day to day duties of running the center, Sherry has not stopped.

Her youth program consistently boasts 75 to 100 kids every year in her eight lane center. Quite a feat, plus running and promoting multiple youth tournaments every year.   One stop to Silver Lake Lanes, and you will feel like you are part of the family.  Every year she’s compiling teams for youth, men, women, and seniors to local 9 pins, city, state, and national tournaments. On top of that, she still finds time to run multiple BCAW sponsored events. 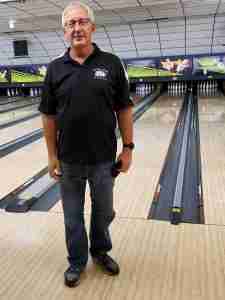 Dick Zierke of Pla-Mor Lanes in La Crosse has been a steady and guiding leader for BCAW for more than a decade!  Serving as the president of both BCAW and the BCAW Foundation, he has played a significant role in what our association has evolved to today.  Dick was also instrumental in the creation and continued administration of the Wisconsin Middle School Bowling Program as the chair of the committee and tournament director of the MSBC State Championships.  He also serves on the Wisconsin High School Bowling Club committee and an active member of the District 5 HSBC.

Locally he is involved in the La Crosse River Valley Bowling Association and hosts programs and tournaments for bowlers of all skill levels.  He is an active member of the community, promoting bowling at a variety of events.   Dick is a most worthy recipient of our over 12 lanes award category! 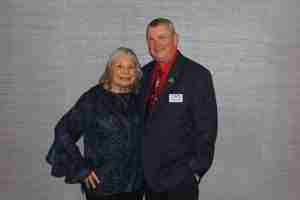 While no longer proprietors, Krista & Don Hildebrand are not strangers to anyone involved in bowling in Wisconsin.  This year we are awarding a special BCAW Award of Excellence to them for their many, many years of service to bowling in our state.  Historians of our association know that while the proprietor of Echo Bowl in Glendale, Don served as BCAW President in the 1990’s.  Today Don remains an advocate for Wisconsin’s bowling centers in his role as WI State USBC Association Manager.

After they sold their family business, Krista & Don remained very involved in BCAW programs, most notably the InSchool Bowling Program, now known as Bowler’s Ed.  Their involvement both locally in the Milwaukee/Waukesha Area and the state program continues to be one of the shining marketing programs supported by BCAW to bring bowling to kids through schools around the state.  They have represented BCAW at educators’ conferences and provided resources and assistance to those looking to implement the program.

Krista also served on the BCAW Foundation/Grand Prix Board of Directors as well as the BCAW Grand Prix Committee, providing continuity to the program for many years.  Her perspective as a proprietor was important to BCAW as we continued to evolve the program, to include its sun-setting in 2018.

With our BCAW Annual Meeting being held virtually this year on ZOOM, we will not be hosting our awards luncheon.  All of our award winners will be recognized during the Annual Meeting on Monday, October 26th.

On behalf of BCAW and our 215 member centers, congratulations and THANK YOU to Sherry, Dick, Krista & Don for your contributions to BCAW over the years!