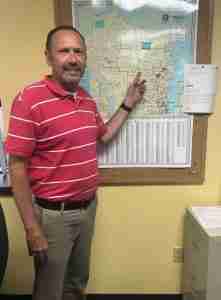 The Bowling Centers Association of Wisconsin has named Patrick Brettingen as its new Program Manager.

Brettingen takes over for Roger Dalkin, who was recently named BCAW Executive Director.

Brettingen brings a bowling background to this position both as a competitor and in the bowling industry. The Franklin, Wis., resident worked for the United States Bowling Congress as a Communications/PR Coordinator from 1997-2008 and is currently a freelance writer for publications such as Bowlers Journal International. On the lanes, Brettingen bowled collegiately for the University of Minnesota in the mid-1980s and competed for the Linds Shoes amateur bowling team in Minnesota during the late 1980s and 1990s. He has captured several city and state titles in Minnesota and Wisconsin.