If you read “The Demise of Bowling” in the most recent issue of Milwaukee Magazine, you may feel depressed about the future of the game and sport we all love so dearly.  Unfortunately the author must have missed the great things that are happening here in Wisconsin.  Last issue we featured Root River Center in Franklin, a center that had been closed for a couple of years and was reopened with a much needed infusion of cash to update and remodel the bowling center, restaurant and bar. 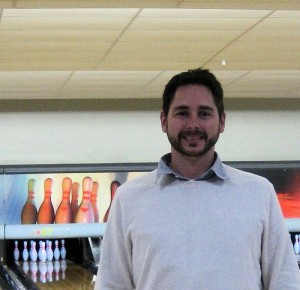 Revs Bowl, Bar & Grill in Oshkosh is another center that has been given new life under the exemplary leadership of co-owner Erik Gialdella.  As with so many bowling centers throughout the country, the former Oshkosh Lanes had not kept up with the changing trends in the entertainment industry.  Enter financier Keith Mustain who had heard around town that the center was up for sale.  Gialdella was known to Mustain as a childhood friend of his son Matt.  Just a couple of months later, the three formed a partnership and the bowling center changed ownership at the close of 2014.

Gialdella explained to me “We knew there was great potential for the center.  We had a shared vision of what could be and fortunately, Keith was able to provide the capital necessary to make it happen.”

With the purchase complete, there was another $400,000 invested in the complete renovation of the bar and grill, as well as updates to the bowling center and facility, a complete rebranding had been accomplished.  When visiting the center last month, it was clear to me that they had achieved their desired look and feel; trendy, open, upscale and fun!  I could feel the vibe the minute I entered the building.

Guests have no doubt, also experienced the new brand that is Revs and are enjoying it!  They state that they are up 80% in league bowling, through a mix of individuals bowling in more leagues as well as new people joining leagues this year.

In addition to the traditional bowling center offerings of youth and adult leagues, birthday and corporate parties and tournaments; Revs Bowl, Bar & Grill has been reinvented into an upscale nightspot featuring live bands and entertainment.  Just a view of their Facebook page will help the casual visitor realize that this is not their father’s bowling alley. 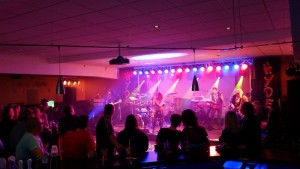 Frankly, I could end the story there.  But here’s the thing, there is the story behind this story, one I had no idea about until sitting down with Gialdella.  You see, Erik was “just a junior bowler” . . . like so many others working in the industry today.  From about the sixth grade, he bowled youth leagues at Shore View Lanes, another center located in Oshkosh.

Erik tried his hand at his father’s vocation as an apprentice electrician and later went to college to bowl in Bill Straub’s University of Nebraska program for two years in the late 90’s.  When he decided neither was really what he saw as his future, he returned home to Oshkosh to work at the center he had grown up in.  It was there that the bowling center management bug bit him.  I could see the twinkle in this young man’s eyes as he told of how he grew to appreciate the stories about bowling’s glory days.  He was inspired by those who had preceded him; inspired to want to make bowling his career choice. 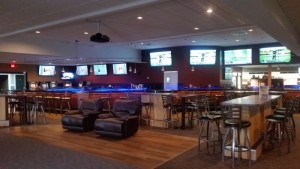 In 2004 enter Terry Kulibert then manager of Super Bowl in Appleton and David Bardon, owner of Bardon Bowling Centers and Super Bowl.  Described as “a big break” to work for Bardon Bowling Centers and Kulibert, he jumped at the opportunity to learn from two of the best in our industry.  Through his experiences at Super Bowl, working his way up to the position of general manager, Gialdella felt that ownership of his own center would be the next logical step in the progression in his journey.  So when Mustain approached him with the possibilities in Oshkosh, Gialdella felt he was ready to make that next step.

Today the 37 year old is not only a partner and operator/manager of one of the larger bowling centers in Wisconsin; he also gives back as a member of the BCAW Board of Directors serving as the association’s current vice president.  He and his staff will also host the 2016 BCAW High School Bowling Club All Star Team Tournament in March.

It is people like Erik Gialdella and Keith & Matt Mustain who give me optimism for the future of bowling.  As I look forward to the many BCAW hosted youth events, I wonder who might be the next “Erik” . . . that young person who will be bit by the bowling bug and someday down the road, be inspired and become passionate to contribute to our great sport.