BCAW Partners with 900 Global for All Star Team Challenge

We are very excited to announce that 900 Global and 3G are new sponsors with BCAW!  The first event that they will have a presence at is our High School Bowling Club’s All Star Team Challenge being held on March 12, 2016 at Revs Bowl, Bar & Grill in Oshkosh.   The competition will bring together the top student athletes from around the state, vying for scholarships in singles and team events.  We anticipate over 125 bowlers at this year’s tournament.

As part of our new partnership with 900 Global and 3G, we are honored that Team USA Member and USBC Immediate Past President Andrew Cain will be representing the company at the All Star Team Challenge.  Phoenix’s Cain is a great example of the opportunities that are afforded youth through the sport of bowling.  The 1999 Chuck Hall Star of Tomorrow was a two-time All American while bowling for Arizona State University and won the 2001 National Amateur Championship.  He was a member of the 2001 Jr. Team USA and later Team USA in 2002, 2003 and 2005.  Just last month, he competed and earned his spot on Team USA for 2016.

Joining the Professional Bowlers Association (PBA) in 2007, he finished fourth in his first event, the Dick Weber Classic.  He went on to earn the 2007-08 PBA Western Region Player and Rookie of the Year honors.  During his term as USBC President (2012-2015) he did not compete on the PBA Tour.  With his term over in August 2015, he returned to competition and in January fans saw Cain finish third in the televised PBA Cheetah Championship.

We hope folks will come out to enjoy a great day of youth bowling and meet Andrew Cain!  The event starts at 9:00am with all players bowling three standard games; proceeding into ten baker games at approximately 1:00pm.  The team semi-finals will take place immediately after the ten games of baker, culminating in the championship team matches for the boys and girls divisions. 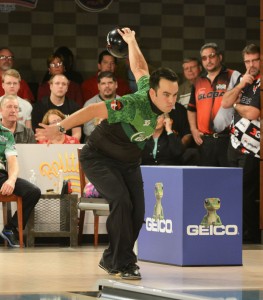