Krueger to be Recognized with Special BCAW Award of Excellence

West Bend’s Ralph Krueger will receive a special BCAW Award of Excellence at the upcoming BCAW Annual Meeting, Conference & Trade Show dinner being held Monday, December 5th.  Krueger is the second generation proprietor of Krueger’s Entertainment Center in Menomonee Falls.  While having turned over the reins of the day-to-day center operation to his sons Dave & Dan, Ralph continues to be very active with the BCAW. 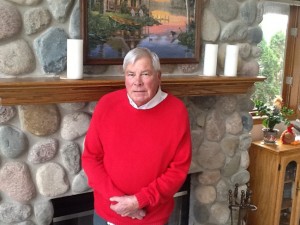 Over his decades of involvement with the association, Krueger has served in many key roles including BCAW President in 1989-1991 and chair of the finance committee for many years.  Perhaps his greatest contribution has been in the promotion of bowling through the Bowler’s Ed Program (previously known as the In-School Bowling Program) for the State of Wisconsin.

As a volunteer, he maintains and distributes 75 of the “In-School Bowling Kits” throughout SE Wisconsin.  He also organizes the Metro Milwaukee Area’s in-school program assuring the kits are available for schools and educators to use as part of their physical fitness curriculum in gyms and school yards.  Last month he represented BCAW at the Wisconsin Health & Physical Education (WHPE) Convention in Wisconsin Dells where he was able to connect one-on-one with teachers and administrators from around the state.

Ralph was also instrumental in providing leadership to the BCAW Scholarship Program, an exclusive BCAW member benefit that has been providing college scholarships to the employees and family of member centers for 20 years.  To date the program has awarded over $80,000 to deserving students.  He was instrumental in coordinating donations to support this program and continues to participate the fundraising efforts at our annual BCAW Scholarship Golf Event.

Following in the footsteps of his father Ralph Krueger, Sr., Ralph is a member of the Milwaukee Bowling Hall of Fame Class of 1999 for Meritorious Service.  BCAW is honored to have Ralph’s continued involvement in the bowling industry and will recognize his commitment and dedication when we present him with this special recognition on December 5, 2016.