The grand finale of the Wisconsin High School Bowling Club season will be the All Star Team Challenge on Saturday, March 11th at Village Bowl in Menomonee Falls.  District teams are formed based on this past season’s individual bowler fill rate, with the top five boys and girls qualifying for this event.  These all star teams are the best of the best from throughout Wisconsin!

This year we anticipate 25 of the top high school bowling teams from around the state, all vying for added scholarship money.  Additionally, there will be a singles competition, providing an added opportunity to win scholarships to the 125 student athletes bowling in this one day event.  A total of $1,700 in scholarships will be awarded!

The event features boys and girls divisions.  The defending champions in the team event are District 9 (boys) and District 3A (girls); and for the singles event Trace Ermey (District 3B) and Carlene Beyer (District 9). 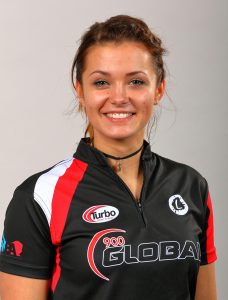 BCAW is especially happy to announce as part of our partnership with 900 Global, we will have staff pro Daria Pajak attending our event.  Daria was on the collegiate powerhouse ladies team at Webber International (2012-2016) and has been a member of the Poland National Team since 2006.  She represented her country as the National Youth Champion (U19) for six years and was the Polish Champion in 2007, 2009-2012.

Last fall, she advanced to the match play portion of the 2016 PBA World Series of Bowling Cheetah Championship in Reno.  She is looking forward to bowling the full swing on the ladies PWBA tournament schedule this spring.

The All Star Team Challenge will begin with the singles event at 9:00am with all bowlers bowling three games.  The team portion will begin at 1:00pm and consists of 10 baker games.  The top three teams in each division (boys and girls) based on total pinfall from the singles and team bakers will enter a step ladder finals to determine our High School All Star Team Champions for 2017.