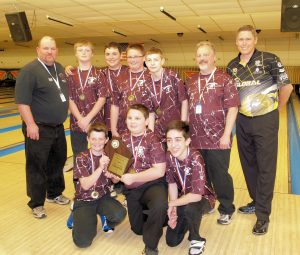 Since 2010, BCAW has offered the Middle School Bowling Club (MSBC) as a way to introduce sixth, seventh and eighth graders to the next level of team competition.  With 145 school based teams throughout Wisconsin, we continue to see growth in the program.  Today approximately 65 bowling centers support the MSBC by hosting teams and district level competition.  Our program will culminate this Saturday with the Wisconsin Middle School State Bowling Championships, being held at Dale’s Weston Lanes in Weston.

Shortly after the singles event, our field of 56 teams will take to the lanes.  This year we have 40 boys/coed and 16 girls teams.  All teams will bowl 12 baker games, which will determine our champions in the two divisions. 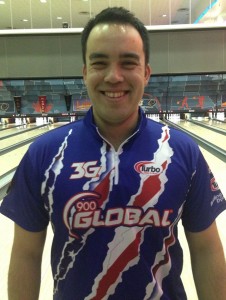 We are very pleased to have 900 Global returning as our sponsor for this year’s event.  Representing 900 Global will be PBA Star, current member of Team USA and USBC Immediate Past President Andrew Cain!

Phoenix’s Cain is a great example of the opportunities that are afforded youth through the sport of bowling.  The 1999 Chuck Hall Star of Tomorrow was a two-time All American while bowling for Arizona State University and won the 2001 National Amateur Championship.  He was a member of the 2001 Jr. Team USA and later Team USA in 2002, 2003, 2005 and 2016.  Earlier this year he competed in the Team USA Trials and finished fifth, earning his spot on Team USA for 2017.

We are appreciative that 900 Global will be donating four bowling balls for our raffle which will be conducted during the tournament.  Through a donation from QubicaAMF, Andrew will be on hand to autograph bowling pins as an added fundraiser to help support the MSBC.