We will wrap up the Wisconsin High School Bowling Club season at Bowl-A-Vard Lanes in Madison with the All Star Team Challenge on Saturday, March 10th.  District teams are formed based on this past season’s individual bowler fill rate, with the top five boys and girls qualifying for this event.  These all star teams are the best of the best from throughout Wisconsin!

This year we anticipate 25 of the top high school bowling teams from around the state, all vying for added scholarship money.  Additionally, there will be a singles competition, providing an added opportunity to win scholarships to the 125 student athletes bowling in this one day event.  A total of $1,700 in scholarships will be awarded! 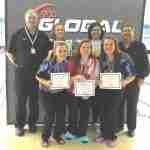 The event features boys and girls divisions.  The defending champions in the team event are District 4 (boys) and District 4 (girls); and for the singles event Devon Boeck (District 3B) and Allison Dempski (District 4). 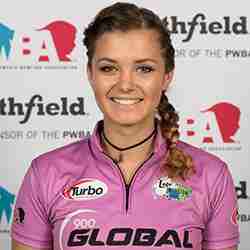 ially happy to announce as part of our partnership with 900 Global, we will have reigning PWBA Rookie of the Year Daria Pajak returning for our event.  Last year we touted Daria as “a rising PWBA star” on the ladies’ tour and she proved us right when she won her first pro title, the Greater Detroit Open in July!  A few weeks later she was the leading qualifier at the 2017 U.S. Women’s Open, but fell short of the title when a red hot Liz Johnson took down the title.

The All Star Team Challenge will begin with the singles event at 9:00am with all bowlers bowling three games.  The team portion will begin at 1:00pm and consists of 10 baker games.  The top three teams in each division (boys and girls) based on total pinfall from the singles and team bakers will enter a step ladder finals to determine our High School All Star Team Champions for 2018.