High school bowlers from around the state came together for the final event of the season on Saturday March 10th. The All Star Team Challenge was held at Bowl-A-Vard Lanes in Madison. Proprietor Don Bussan and his team did a wonderful job hosting us. This year’s event saw 13 boys teams and 12 girls teams; a total of 125 student athletes competing for $1,700 in scholarships.

With the Kegel Challenge Series Middle Road 4239 lane condition, a premium was on spares!  Team baker qualifying scores were a bit lower than expected, with a one pin differential at the cut for boys and two pins for the girls.  After all teams bowled three regular games, they added scores for ten bakers, after which we cut to the top three for a step ladder finals to determine our team champions.  Teams bowled two baker games in the step ladder.

Our HSBC All Star Team Challenge Champions were District 9 for the girls; and District 4 successfully defending their 2017 title in the boys/coed division.  Each bowler on the championship teams received a $100 scholarship. 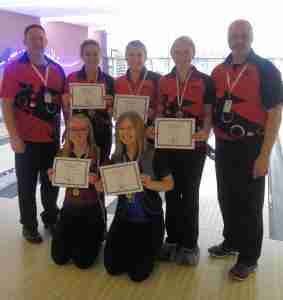 For the boys/coed, the top three teams after qualifying were: 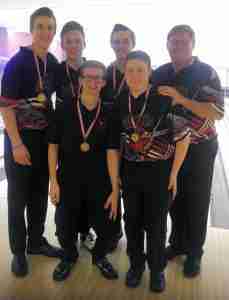 We want to thank 900 Global for their sponsorship and for bringing 2017 PWBA Rookie of the Year Daria Pajak to this year’s All Star Team Challenge!  She was available to autograph bowling pins provided by QubicaAMF.  We appreciate the support of these great bowling companies! 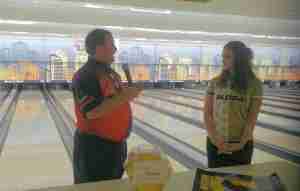