Each year the Bowling Centers Association of Wisconsin proudly conducts the Pepsi USBC Championships on behalf of the United States Bowling Congress.  Starting with in-center qualifying at USBC youth certified leagues last fall in 90 bowling centers state-wide, the event progresses through the year with regional level competition in March.  This year we had nearly 1,900 youth bowlers participating in one of 16 regional events.

The tournament culminated with the WI Pepsi State Championships in May with 108 boys and 63 girls qualifying for the state finals.  This year we awarded over $21,000 in scholarships to youth bowlers in 12 age/gender based divisions. 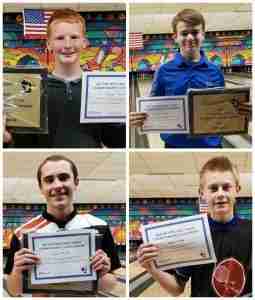 With U8 & U10 bowlers progressing to the regional level for scholarships, the older age divisions advanced to the state finals which this year were held in the Madison Area.  The girls were at Village Lanes Monona, while the boys were at Prairie Lanes in Sun Prairie.   Boys & girls in the younger age divisions shared in a scholarship prize fund of $6,200 while the older bowlers took home $14,800 in scholarships, including $1,300 added money from BCAW for our “high score awards” at the regional & state level of competition. 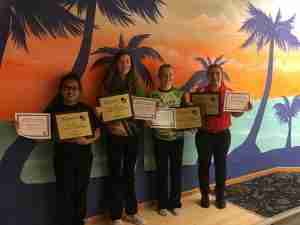 The following are our 2019 Wisconsin Pepsi USBC State Champions:

The high score fireworks were at the girls’ venue with Melanie Hilbert rolling a 299 game, and Maddison Kuhlow firing a 721 series in the afternoon block.  Both girls received a $100 high score scholarship from BCAW. 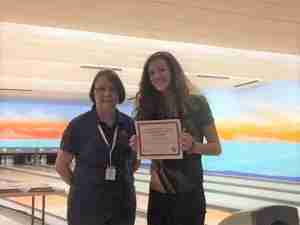 On the boys’ side, the high game at the state finals was shot by Jay Calverley with a 289.  The high three game set of 729 was bowled by the U17 division champion Myles Casey.

We thank all of the participating bowling centers, including our 16 regional host centers.  A special shout out to Mary Conklin at Village Lanes Monona and Ross Bussan at Prairie Lanes, and their staff for hosting our WI Pepsi USBC Championships State Finals.

The tournament results have been posted on the BCAW website with all scholarship winners listed.

We look forward to being at Dale’s Weston Lanes for the 2020 Wisconsin Pepsi USBC State Championships on May 9, 2020.