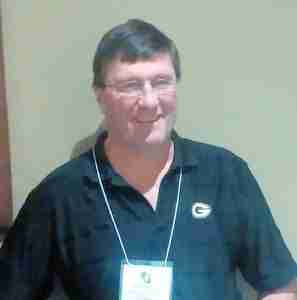 Dale Elliott of Dale’s Weston Lanes has been active with BCAW for more than 30 years, having served on the board in all positions, as well as our BCAW President in 1999-2001.  He has also served on the national BPAA Board of Directors. An active promoter of the game, Dale continues to demonstrate all that is good about bowling in Wisconsin.

When you talk to bowlers and proprietors from around the state, you will hear about the unselfish way Dale quietly goes about helping others to be successful.  As one of the founders of the Wisconsin High School Bowling Club, he continues to be the glue that holds together one of the largest districts in the state, serving as the district coordinator for both the High School and Middle School Bowling Clubs.

Dale continues to invest in his center to provide bowlers with an exceptional experience at the local and state level.  His 60 lane center has been host to all of the largest BCAW events, including the WI High School State Bowling Championships. 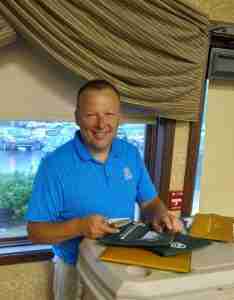 While Steve Cieslewicz is one of our newer “young guns” to serve the association, he has made huge contributions to the many successes achieved over the past five years.  As owner of  the eight lane Whitetail Lanes in Amherst Junction, he understands all that is entailed in running a successful family business.

Steve first joined the BCAW Board of Directors in 2010, and later the executive committee as BCAW Sargent of Arms in 2012.  His passion and creativity was recognized in 2014, when he was tapped by the BCAW Nominating Committee to be the next BCAW President as we redefined our governance and strategic direction.

During his four years as president, he created the BCAW Scholarship Golf Fundraiser and provided leadership as the organization made a concerted effort to reach out to bowling centers of all sizes to join and become involved with BCAW.  He is also very active in the Wolf River Scratch Tour, supported by several bowling centers in Marathon, Shawano and Waupaca Counties.

We will be presenting the awards to our BCAW Award of Excellence honorees on Monday, October 14, 2019 at our BCAW Annual Meeting, Awards Luncheon & Trade Show in Green Bay.  The Celebration of Excellence Luncheon is open to all who wish to join in honoring this year’s award winners.  For more information and to register for the event, please go to our website.

On behalf of BCAW and our 222 member centers, congratulations and THANK YOU to Dale and Steve for your contributions to BCAW over the years!