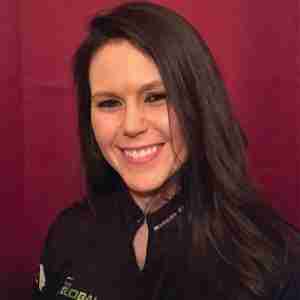 BCAW is proud to have the continued support of 900 Global for our High School All Star Team Challenge.  This annual event features the top boys and girls from each of our 13 High School Bowling Club districts, on all star teams competing for $1,700 in scholarships.

As part of their sponsorship, Cassandra Leuthold of Lincoln, Nebraska will be attending the one day event on Saturday, March 14th at Super Bowl in Appleton.  She was the anchor player on the University of Nebraska team which captured the 2009 NCAA National Championship and was the 2010 NCAA Player of the Year the following year.  She holds a Bachelor of Science degree from the College of Human Sciences from the University of Nebraska.

Since graduating college Cassandra has continued to bowl on the PWBA Tour part-time, while capturing victories all around the country. She won the 2018 Nebraska Queens Championship.  Additionally she set a new all events state record of 2,259 during the 2018 Nebraska Women’s State Tournament, garnering the All Events Championship.  As a high school senior she was recognized with the prestigious WIBC Alberta E. Crowe Star of Tomorrow Award in 2005 and was a two-time member of Junior Team USA (2007 and 2010).

Cassandra is an example of today’s PWBA players who maintain a career path after college that balances her work in a highly technical field along with her part-time bowling interests on the PWBA tour.  We are looking forward to meeting her next month!