ing one of the few state-wide middle school bowling programs in the country, BCAW successfully completed the 2021 season with our annual state championships in spite of the COVID pandemic.   As in past years, we awarded state championship titles in team and singles events.  This year’s Wisconsin Middle School State Bowling Championships were contested at  Dale’s Weston Lanes on May 1st.

This season we had 123 middle school teams, with 50 advancing to the state championships (37 boys/coed and 13 girls teams).  We also held a singles competition with  players competing in one of seven divisions. 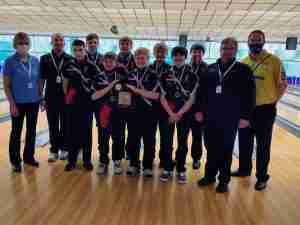 We saw a sweep in the team event by the Antigo/All Saints/Bowler and Antigo/All Saints/Peace Lutheran teams bowling out of North Star Lanes.  The boys’ team shot 2,483 averaging just shy of 207 per game!  The teams from Oostburg and Elkhart Lake tied for second with 2,287.  Parkview rounded out the top 4 with 2,224. 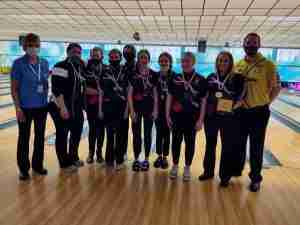 Thanks to the sponsorship of 900 Global, PBA star Sean Rash met and chatted with players and families throughout the day.  He also got in a little practice between the singles & team events, wowing fans with some trick shots and opposite hand deliveries.

BCAW would like to thank everyone at 900 Global for their continued sponsorship of our MSBC State Championships.  We also appreciate the generous support from QubicaAMF for the donation of bowling pins for Sean to sign. 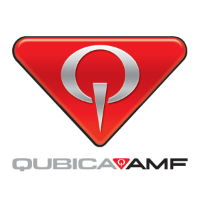