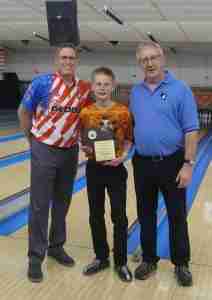 Earlier this week, the BCAW Board of Directors approved the recommendation of the Wisconsin Middle School Bowling Club (WI MSBC) Committee to begin awarding scholarships as part of the end-of-season Wisconsin Middle School State Bowling Championships.  The committee comprised of Dick Zierke (chair), Diane Mallow and Yvonne Bennett met on June 10th to review the program for the upcoming 2021-22 bowling season and finalize their proposal for scholarships starting next year.

With the continued increase in allocations from SMART to scholarship providers using their program, BCAW will be using existing unassigned funds to provide scholarships to the first place teams in both the boys’/coed and girls’ divisions, to be shared by the players on the championship teams.  Additionally scholarships will be awarded to the top three bowlers in each of the singles divisions.  To help get the new scholarship program going, Zierke has personally committed to provide $450 in scholarships for the first year.  Look for more details later this summer when the updated WI MSBC Policies & Procedures are published.

Through their action, the BCAW Board of Directors has committed to the long-term funding of these scholarships beyond an initial three year period from the funds currently available through the SMART unassigned allocations.

Dick Zierke is the proprietor of Pla-Mor Lanes in La Crosse and a past president of BCAW.  During his tenure as BCAW President (2009-2012) he founded the Wisconsin Middle School Bowling Club, modeled largely after the growing Wisconsin High School Bowling Club which he is also very active with.  Since 2010, the WI MSBC has grown significantly.  This past season, the program had 123 teams comprised of boys/coed and girls, with an estimated 850 students in grades six through eight.

The 2022 WI Middle School State Tournament will be held on Saturday, May 7th at Super Bowl in Appleton.