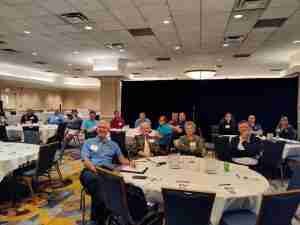 On Monday, BCAW held their Annual Meeting, Awards Luncheon, Conference & Trade Show in Appleton.  It was great to be back, meeting in person again!

The official business of the association was conducted to include providing updates to the membership from BCAW President Erik Gialdella, BCAW Treasurer David Bardon and BCAW Executive Director Yvonne Bennett.  In addition to the membership approving a bylaws amendment creating the BCAW Government Affairs Committee as a standing committee of the association, Gialdella reported his appointment of two special ad hoc committees to provide guidance in the area of the scholarships awarded by the association, as well as the committee leading the effort to recruit, interview and hire BCAW’s next executive director.

At the completion of the annual meeting, Gialdella recognized Dave Scherbarth who has served on the BCAW Board of Directors for over 25 years!  Because Dave wasn’t able to attend our meeting,  plans are being made to present him with a plaque in recognition of his years of service to BCAW. 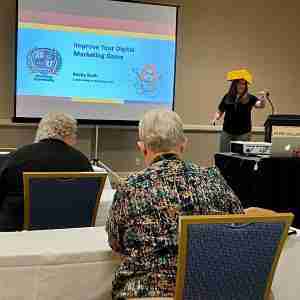 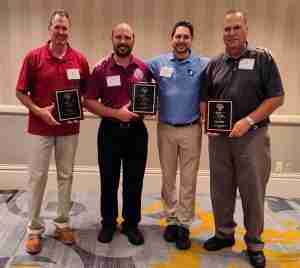 During the BCAW Award of Excellence Luncheon, we recognized three individuals for their outstanding contributions to bowling in Wisconsin.   Each award recipient provided stories and shared their keys to success . . . very inspiring . . . especially “the toothbrush story” from Jason!  Congratulations again to Pete Riopelle of Village Bowl, Jason Resch of Resch Lanes and Tom Schemm founder of Schemm Bowling, Inc.

The concurrent educational sessions were well received with proprietors and their team members learning about how to use websites and social media to promote their centers.  Creative Ninja Rocky Bush made a great impression as an honorary Cheesehead all the way from Texas.

Our other session featured a panel sharing real life experiences of two second generation bowling center owners plus a third business owner who recently sold his supper club which had been in his family for over 55 years.  We also had advisors provide insights to help proprietors at all stages of their businesses’ life cycle better prepare for transitioning whether for retirement or due to unexpected circumstances.

We wrapped up our day together with the BCAW Trade Show.  As always we enjoy having our bowling partners join us to share the latest and greatest coming from their companies.  This year, we also had several companies present to help in areas such SBA lending and accounting to maximize grants and tax credit programs available since COVID. 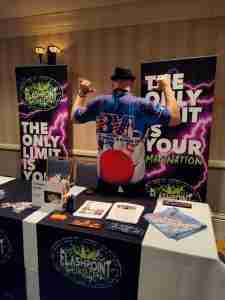 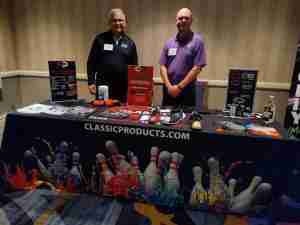