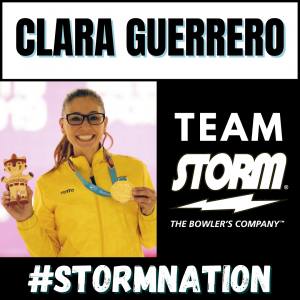 As part of Storm’s continued support of BCAW’s Wisconsin High School State Bowling Championships and Storm Scholarship Doubles Tournament, we’re excited to announce Clara Guerrero of Pflugerville, TX will be attending this year’s event in the Fox Cities on March 4th & 5th.   With our event being in two centers this year (Sabre Lanes in Menasha and Super Bowl in Appleton) we are working through the logistics so players will have an opportunity to meet Clara over the tournament weekend.

We hope our athletes, families and coaches will enjoy meeting  Clara.  Thank you to Storm Products for their continued support of high school bowling in Wisconsin.