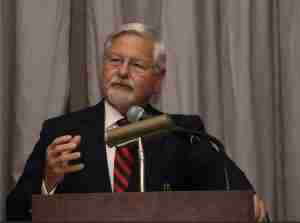 One of the most experienced executives in the bowling business, Roger Dalkin, has been named Executive Director of the Bowling Centers Association of Wisconsin. The appointment becomes official on August 1.

Dalkin had been serving as BCAW’s program director under long-time E.D. Yvonne Bennett, who retired last year. A national search for a successor to Bennett resulted in the hiring of an individual who departed for another position in the industry at the end of June.

“We’re beyond excited to have Roger step up and fill this position,” said Erik Gialdella, owner of Revs Bowl, Bar & Grill in Oshkosh, Wis., and President of the BCAW. “He’s a great leader for our association and he has a wealth of experience with our programs.”

The plan calls for Dalkin and the association to train a new program director and administrative assistant while keeping the association’s numerous programs — many of which deal with youth bowling — on track.

“I wasn’t looking for this job, but I’m happy to step in and help the association until a long-term executive director can be found,” Dalkin said. “Wisconsin is a great bowling state with proprietors who really get behind our youth initiatives, so if I can play a role in keeping those programs running smoothly, I’m honored to do so.”

Dalkin himself was a prep star in Miami, Fla., and a national collegiate champion at Georgia Tech. After joining the American Bowling Congress staff, he gradually rose up in the ranks to one of bowling’s top administration position as Chief Executive Officer of the United States Bowling Congress. He played a key role in the merger of the ABC, Women’s International Bowling Congress and Young American Bowling Alliance to unite the sport under the USBC banner, and was inducted into the USBC Hall of Fame for meritorious service in 2008.

“The BCAW has so many great programs, and I’m happy to help the association keep those programs going while training the next generation of BCAW leadership,” Dalkin added. “I’ll be the bridge and then ride off into the sunset.”